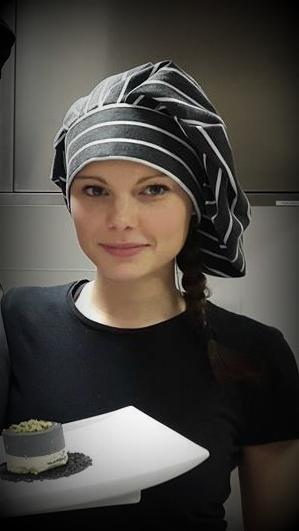 How did you start working at Cubo?

After completing veterinary school I decided that I would like to pursuit my other passion: cooking. So I got enrolled in school for catering and tourism. After completing the first year it was time for my first student practice in the kitchen. At school, there was not much emphasis on cooking itself, and even less on baking desserts. So with no necessary knowledge, but with a lot of willingness to learn, I began my practice at Cubo. After finishing the practice, manager of the hotel offed me summer work in the kitchen. After summer I returned to school, but agreed that few times a week I would prepare desserts for hotel. At that time, I was not too excited about the idea that I would be preparing just desserts. I wanted to be involved in preparing lunches. Well, now, I woud never leave this baking life.

What is your assignment at Cubo?

Today, my job is to prepare all cakes and jams. This includes preparing desserts for breakfast, finger food caterings, coffee breaks at events, desserts for lunch and a la carte desserts.

When did you realise that desserts will be your passion?

Since younger years, I was always in charge of baking cakes for family members, for various family gatherings and celebrations. As mentioned earlier, I fell in love with pastry later, when I found out more about work and realised that there is still la lot to learn.

Do you have favorite ingredients?

I do not have favorite ingredients, but in desserts I like to use spices: rosemary, fennel, basil, nutmeg.

Desserts at the hotel are mainly seasonal. In springtime we like flavors of rhubarb, strawberries. In summer, refreshing desserts such as the ones with yogurt, apricot. In autumn chestnuts, plums, persimmons, apples and in winter oranges, chocolate, cinnamon, walnuts, hazelnuts …

Do you invent the recipes yourself? Where are you getting the ideas from?

I find a lot of ideas at pastry books. Then I like to rework recipes myslef to flavors, combinations and variations that are to my liking.

What is your favourite dessert?

Hmm, it is a difficult question. Because I spend a lot of time baking cakes I am fed up with sugary smell. That is why at home I like Milka chocolate. To tell you the truth, I hardly ever eat my own creations. Unless I am working on something new. Although currently my favorite is pie with pineapple, cocounut and rosemary.

Which desserts are guests favorites?

The cake Salt flower is definitely the most popular one. However it depends on the season. In summer, they prefer light cakes, in autum pies and strudels and in winter flavors of anise, cinnamon, orange and chocolate.

Do you decide for yourself which desserts you wish to prepare? Who tests them before they end up on the menu?

When I am testing new recepies the entire kitchen staff tests the results. I appreciate every comment so I can improve the final taste of dessert.

I love to create new desserts, decorating cakes and to prepare plates for final serving. Dessert tastes even better when it is nicely served. It is also interesting that with a piece of dessert I can bribe every employee of the hotel.

For the new year you prepared your Cubo pralines, gifts for hotel guests? Is this your biggest pride?

To prepare pralines is quite demanding. The preparation is very difficult when yo do not have the proper equipement intended for pralines. But I like challenges. If I do not suceede the first time in something, I will repeate it again and again as long as it is not perfect.

What are your aspirations for the future?

My great desire is to improve my work and to become better and better. 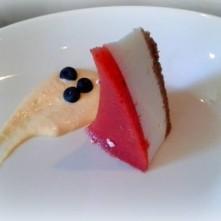 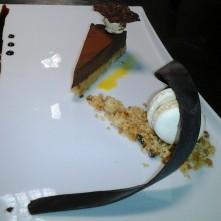 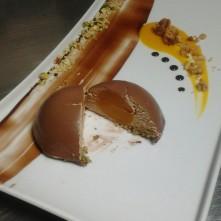 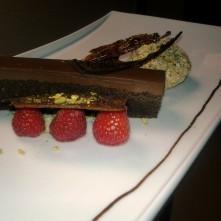 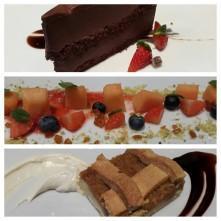 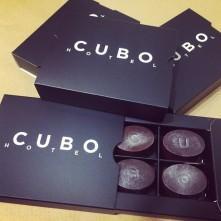